European nations want to invest in India, but with less bureaucracy

H.E. João Cravinho, Ambassador of the European Union (EU) spoke positively of the relations between European countries and India. However, he urged the Indian government to break the walls around, that deter foreign investors from doing trade with India. “European countries are interested in investing in India but there still are walls which need to be broken. Although EU is the highest investor and trading partner in India the bureaucracy and taxation deter our investors from coming here. We request the Government of India to help people do their business and more will come to India,” said Cravinho.

The Ambassador Cravinho praised the flagship programmes of Narendra Modi Government, ‘Make in India’ and ‘Digital India. “There is an opportunity for India to embark upon change with the Make in India and Digital India projects. However, there needs to be more openness so that European companies can bring latest technology and fine innovations to India. We assure that EU and India can make these flagship programmes successful,” assured Cravihno.

Cravinho also appreciated Modi government’s efforts to open up investments in railways, insurance and defence. “We are happy the Indian government has pushed for reforms that we wanted to see happening in India and the EU has the required expertise in them,” said Cravinho.

Cravinho also lauded the government for the Clean Ganga project, saying the European rivers like Danube and Rhine too were just as dirty as Ganga. The different countries came together to clean these rivers and Cravinho attributed its success to first taking the decision to clean up and effective Governance.

Cravinho also praised the Prime Minister Narendra Modi’s government, saying he instils confidence in foreign investors. “The one or two years before elections, one felt India will never change and in just one year we see a huge transformation. Since last year we are seeing energy dynamism that was missing before,” appreciated Cravinho.

The All India Association for Industries and World Trade Centre Mumbai organised an event for João Cravinho, who was on his last visit to Mumbai. The President of AIAI, Vijay Kalantri emphasized the need for reforms in EU, to make the relations stronger. “We are looking forward to the Free Trade Agreement talks between India and EU. We are confident these will boost trade and exchange of technology between EU and India.
We however feel this has to be a mutual relationship, where the EU also needs to open up for India,” said Kalantri. Kalantri said the Union Commerce Minister is soon expected to visit Brussels to sort out the issues regarding FTA.  An optimistic Kalantri said, “I am positive these talks will enhance business opportunities between EU and India and pave way for better future.”
The Chairman of WTC Mumbai Kamal Morarka felicitated Cravinho and bid him a warm farewell. Morarka said, “We have had a long association with the Ambassador of EU and I am confident we will continue to do so in future.” 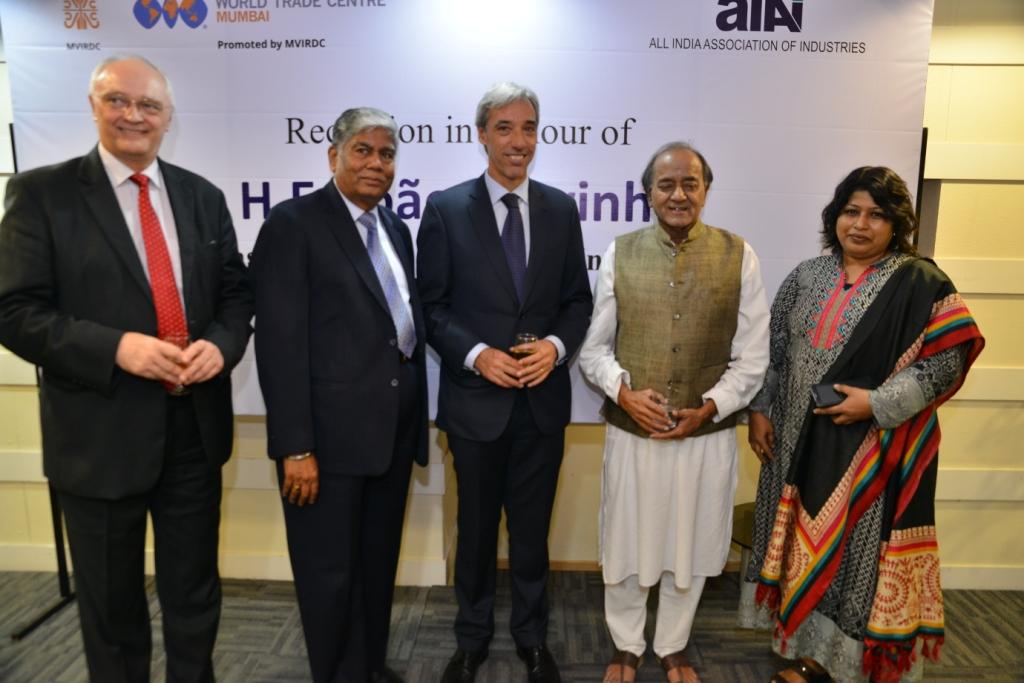